Jigar leads the Next Generation 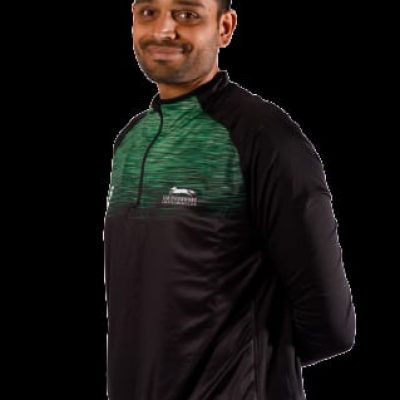 Jigar Naik’s story is a prime example of where hard work and dedication can get you. After almost falling out of the game of cricket as a youth, he continued to pursue his dreams, and is still living them now.

He fell into cricket. Brought up in a family of cricket obsessives, he didn’t really have any other choice but to watch, play, and enjoy the game.

“My dad used to play club cricket in Leicester” he says, reminiscing of how he got into the sport. “I went every Saturday with him.

“The team was a player short one week and I took up the role at 13 or 14, so I was playing adult cricket early and that helped my development early on. It was a big steppingstone in my career.

“I grew up in a family where everyone played cricket and loved cricket. Anything that was on the tv was cricket and my passion for it just grew.”

It was from then that the challenge of trying to break into the professional game began.

“I got put forward for trials after that period, a district trial” he says. “I bowled and they had a look at me and sent me to Grace Road, and it went from there. I did not really look back – every year I topped the bowling averages at the Leicestershire young cricketers and from about 17 I was playing under 19’s and under 21’s cricket.

“There was a period in my life where I was forgotten about. The coaches changed, and I got left out, as lots of cricketers do. I went to university and I was quite unfit, so I worked on that and went to Nottingham Trent University to study computer science.”

Despite being out the game, Naik wasn’t about to give up without a fight.

“I finished my degree, and I went to do a master’s degree to get into a cricket team so I went to Loughborough on a part time degree so I could play cricket for longer. Firstly, I did not get selected for the MCCU but there was a change in coach again at Leicester and they needed some spinners and my name popped up. I was called into training and I think first impressions were quite good.

“I was leaner, fitter, and I got given the go ahead to play in the seconds, which was massive for me and as soon as I had the ball in my hand, I think I performed well, so back end of the year I represented Leicester in a first-class game; it moved quickly. I got selected onto the MCCU and got offered a contract at 21.”

Naik had plenty of highs in a career that spanned the best part of a decade, including playing against some big names and winning silverware with his boyhood club.

“I had some highs” he admits. “Winning the T20 tournament was amazing, the individuals we had, the head-to-heads. Getting selected onto some of the England programmes, going abroad. And a first-class hundred!”

The spinner’s career came to an almost abrupt end following injury, but he was determined to stay in the game, and knew he would have to fight hard again to do so.

“I dislocated my shoulder in a T20 game against Notts. I tried to dive and stop a shot from Samit Patel when bowling and my shoulder popped out in a full dislocation. That put me back two years and the way cricket moves, two years is a long time.

“I was never really at my best and I took a mental kick, and I knew my time was coming in terms of being released. I would have been nice to play a bit more but going into coaching has been an absolutely life saver for me. I still love cricket, but my philosophy is that knowledge is power, and I want to pass my knowledge onto the guys coming through now.

“I did my level one and two whilst playing abroad in South Africa. I had the opportunity, so I just got it done. Towards the back end of my career, I wanted to stay in the game and help the younger players. I was a senior player and doing that already and really enjoyed it and it was a case of getting my badges up and doing it officially.

“There was a period for a year where I did not do much, and I was thinking about what to do. I tried sitting at a desk, but it was not for me – I still enjoy reading up on my degree, but after playing cricket for 20 plus years it was hard to get into the desk mode.

“I spoke to the guys at Leicester saying I wanted to offer something back, but for a while there was not any real opportunity. I would do hourly rates in the academy helping out when I could, and I played a bit of club cricket for Dorset at the same time and they offered me a good opportunity in terms of being a mentor and it all worked out OK.

“It was just academy stuff at the beginning at Leicester. I still knew the guys and I would try and offer advice when I could and work with the coaches to get knowledge from them. The transition was really key for me.”

Now lead spin bowling coach at Leicestershire whilst also working closely with the academy, things have worked out for Naik. He is now fully committed the helping the club move forward both on and off the field.

“The spinners did really well last year” he says, smiling. “I am not sure on numbers, but their control was great. It was unfortunate there was no second-team cricket, but in terms of the youngsters they did really well, we were happy, and I truly believe we are going in the right direction and that can only be a really good thing.

“My aims are to be the best I can be. I would like to be a head coach, but I am not going to look too far ahead. The goals of the county are good – it is about the academy of cricket and trying to focus on local homegrown talent and young guys coming through and giving them the opportunity to perform at the highest level.

“It is always difficult to compete with the big counties with a lot of money, but I think we are doing the right thing and hoping to bring players through and have them one day represent England. The history is good and rich, and we are trying to continue that because there has been a period where that has stopped.

“The team at the minute is a really good team and they really want Leicester and the players to do well – our heart and soul is in it.”

Philosophy and attitude are important to Naik, too.

“When you are playing it is about you and your team, but now it is about trying to get the individuals in front of you better, so it is a change of mindset and I think that is really important for a coach.

“The biggest thing of coaching is getting to know the person in front of you first and making sure the trust is there. The variety in my coaching is really good and I enjoy it, working with Aaron Lilley and Callum Parkinson and Nat Bowley coming through, working with these guys and getting them better every day and understanding the needs and wants every day.

“Developing a relationship with them, making sure the advice I give is sound and something they are comfortable with, that they trust it, and that it is repeatable and giving them the impact and desired outcomes they want.

“That compared to working with someone at under 12’s is completely different, because cricket is all about fun at that age and we have to work with what is in front of us. There are some good kids coming through in the academy and system.

“The spin aspects are good, but with general all round coaching my style changes based on who is in front of me. It is about striking the right balance.”

Naik and Leicestershire will have the chance to impress again this summer with another season of progress expected.